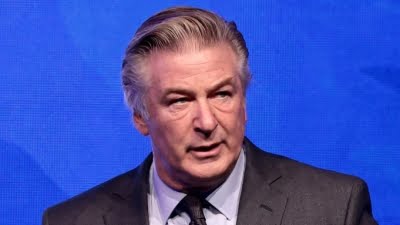 As he battles on the legal front with regard to the ‘Rust’ fatal shooting incident last year, Hollywood star Alec Baldwin welcomed a baby daughter with his wife Hilaria. This is their seventh child together, reports Mirror.co.uk.

According to Mirror.co.uk, Baldwin also has a 26-year-old daughter named Ireland who is from his past marriage to Kim Basinger — which lasted from 1993 until 2002. Now Alec and Hilaria have another mouth to feed with the arrival of their newest daughter — who they have named Ilaria Catalina Irena.

Taking to Instagram on Saturday, Hilaria shared a video of her baby daughter in hospital. She wrote a caption alongside the video which stated: “She’s here! We are so excited to introduce you to our tiny dream come true. Both she and I are happy and healthy.”

“Her Baldwinito siblings are spending the day bonding and welcoming her into our home. Much love to you all. We are so happy to celebrate this wonderful news with you,” the post further read.

The video showed Hilaria holding the newborn – while other clips and photos showed various other members of the young family hugging and holding Ilaria.