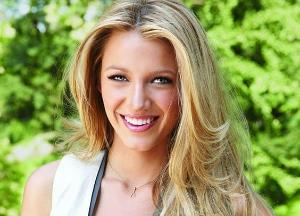 Actress Blake Lively has taken a walk down memory lane to recall her freak on-set injury while filming the movie "The Rhythm Section".

The "Gossip Girl" alum posted an Instagram Story video of her looking high after injuring her hand. She was lying in a hospital bed with a sling around her right arm while Tone Loc's "Wild Thing" was played in the background, reports aceshowbiz.com.

Lively credited her husband Ryan Reynolds as her bedside DJ.

In the video, she opened her eyes to the head-bopping tune and seemingly gave an approval to the "Deadpool" actor's music selection as she gave him a wink and flashed a smile.

She captioned the video: "Literally 4 weeks after I said, 'I'd give my right hand to be in this movie!' (Good thing no one told me to 'break a leg'). My husband somehow knew 'Wild Thing' would be my version of smelling salts. I've never felt so seen. Or high. Also…I have zero recollection of this."

Lively injured her hand while filming an action sequence for "The Rhythm Section" in December 2017. The filming was temporarily suspended as she underwent a surgery.

Twitter
Flip
Koo
Previous article
No win for India at International Emmy Awards gala
Next article
Wagner Moura: I am going to direct new season of ‘Narcos’
This May Also Interest You
Health & Lifestyle