Ram Alladi, who earlier released the teaser of his upcoming political fiction drama 'Panne', has dropped new posters of the series. 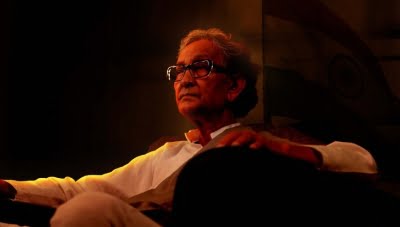 Director and screenwriter Ram Alladi, who earlier released the teaser of his upcoming political fiction drama ‘Panne’, has dropped new posters of the series.

The latest period feature film from the director, writer and cinematographer was filmed on location in Hyderabad and Telangana’s second largest city, Warangal.

The film is a female-oriented patriotic and political drama based on post-independence era.

‘Panne’ is a story which starts from the border, politically layered by the shadow of the religion by British rule where many villages were burnt into ashes by fanatics. From the embers of those ashes there were few pages that took birth, to narrate the tales of independence.

“‘Panne’, also known as ‘Pages’, seeks to take viewers to the heart of the social and personal identity based on individual’s way of life which revolves to identify the juxtaposition of social freedom versus individual freedom, captured and delivered through the lens of one woman’s life following the dawn of her grandfather’s empire,” Alladi said.