Nishabdam: Anushka Shetty launches the teaser for fans on her birthday 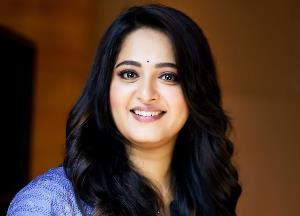 Anushka Shetty turned 38 on Thursday and celebrated by releasing a teaser of her upcoming multilingual thriller "Nishabdam" for fans. The film co-stars R. Madhavan.

Directed by Hemant Madhukar, "Nishabdam" stars Anushka as a mute artist whose romantic getaway with her husband turns into a nightmare when she becomes a witness to murder.

Also Read: Anushka is nothing less than a fairy in heaven

The teaser, which doesn't feature any dialogues, projects all the key characters of the film as prime suspects in the case.

"Nishabdam" has been entirely shot in Seattle. The film, which has been produced by Kona Venkat, features Anjali in the role of a crime agent in Seattle Police Department. The supporting cast includes Hollywood actor Michael Madsen and Subbaraju.

Originally shot in Tamil and Telugu, the film will be released in Hindi, Malayalam and Kannada as well. If everything goes as planned, the film will hit the screens early next year.