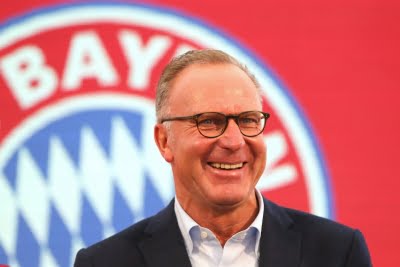 Munich, April 7 (IANS) Bayern Munich chief Karl-Heinz Rummenigge has positioned himself against a boycott of the 2022 World Cup in Qatar.

“The players have the right to raise their concerns. We believe that change does not happen through rejection, it only happens through dialogue. And change doesn’t happen overnight, it takes time,” Rummenigge said in an interview.

According to Rummenigge, Bayern’s partnership with sponsor Qatar Airways has shown in recent years “that through football, through dialogue, things have got better. Slowly, but surely”, reports DPA.

World Cup hosts Qatar have been criticised internationally for its treatment of labourers and workers. Human rights organisations such as Amnesty International agree that progress has been made and oppose a boycott.

“One should not forget that Qatar has only been an independent nation for 50 years. It is part of the Islamic world, with a different cultural and religious background,” Rummenigge said.

“We ask them to firmly establish rights that took us hundreds of years to achieve in Europe. Do you know paragraph 175 of the German penal code? It criminalises homosexuality and was introduced in 1871. It took until 1994 before it was finally abolished,” the Bayern chief added.

Recently, the Germany players, like their counterparts in Norway, Denmark, Belgium and the Netherlands, have staged protests at the World Cup qualifying matches to demand respect for human rights and also criticised the conditions in Qatar.