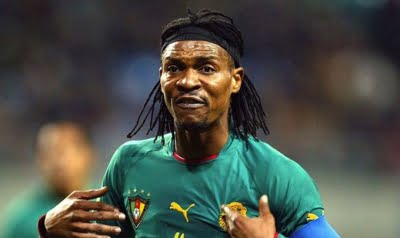 Lusail, Dec 3 (IANS) Cameroon manager Rigobert Song said he was proud of his players after a historic 1-0 victory over Brazil in their World Cup Group G match here on Friday.

A stoppage-time header from Vincent Aboubakar gave the Indomitable Lions the first ever win by an African team over Brazil at the World Cup.

But it wasn’t enough to earn Cameroon a place in the knockout stage in Qatar as they finished third in their group, behind Brazil and Switzerland, reports Xinhua.

“We have a feeling of regret because this match showed that we could have done better in the first two games,” said Song, referring to a 3-3 draw with Serbia and a 1-0 loss to Switzerland.

“But you have to look at the positive side. We’re satisfied with tonight’s performance. I took over the team not that long ago and we’re progressing.

“I’m proud of my players. We’re trying to get across the Lions’ spirt. We’ve shown that we can be a good team and now we have to make sure that we keep improving.”

He admitted he wasn’t initially aware of the magnitude of his team’s achievement.

“I didn’t even realise it was such a historic victory. My players should be congratulated and they’ve shown they could have done better [earlier in the tournament]. It’s a shame we have to go home now but we are going to keep working so that we improve.”