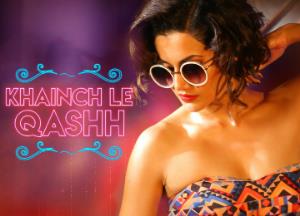 A new movie for all our movie lovers Tadka. A movie that is going to set you on fire as well as entertain you with the star characters Taapsee Pannu, Ali Fazal, Shriya Saran, Nana Patekar.

The story revolves around two different strangers named Tukaram and Madhura who are brought together by the kind of happenstance that makes the magic of fairy tales. Tukaram is an archaeologist while Madhura is a Radio Jockey. Although completely opposite sides of the poles, the story unravels the truth amongst the characters.

The movie Tadka is directed by Prakash Raj and presented by Zee Studios and Movie Makers Inc. The film is a remake of the 2011 Malayalam blockbuster Salt N' Pepper.