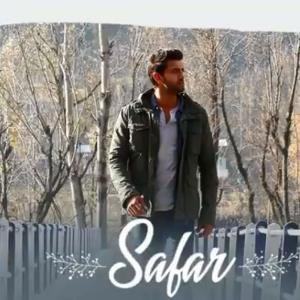 After Nai Lagda, Laila, Bumro and Main Taare, the makers of Notebook are now all set to release the fifth song of the movie titled Safar. Composed by Vishal Mishra and sung by Mohit Chauhan, the song will be out tomorrow.

The makers of the film took to Twitter to give us a small glimpse of the track. They tweeted, “Taiyar ho jao, banne musafir iss #Safar par! Get ready, the 5th song of #Notebook sung by @_MohitChauhan, coming tomorrow!”

The songs of Notebook are undoubtedly one of the highlights of the film and are being loved by the audiences. Nai Lagda has garnered 10 million views on YouTube, Laila has 8 million views and Bumro has received 7 million views. Coming to Main Taare which is sung by Salman Khan, in just a few days, the song has got more than 8 million views. Clearly, moviegoers will now be waiting for Safar to be out.

Shot in the beautiful locales of Kashmir, Notebook is directed by National Award winner Nitin Kakkar and it is presented by Salman Khan. The film marks the debut of Zaheer Iqbal and Pranutan Bahl.

Helmed by Nitin Kakkar, Notebook is presented by Salman Khan Films and is a Cine1 Studios Production. It is produced by Salma Khan, Murad khetani and Ashwin Varde and is all set to hit The screens on 29th March 2019.