Saqib Saleem gets emotional after the wrap up of ’83’ 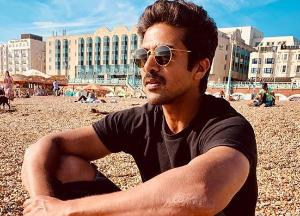 Actor Saqib Saleem is emotional after wrapping up Kabir Khan's ambitious film "83", saying that the whole team experienced the high and lows of the story together.

Saqib will be seen as Mohinder Amarnath in the film, which has been shot across England. The final schedule was shot in Mumbai, and was wrapped up on Monday.

"The last day of shoot for any film is always an emotional one but with '83' I think emotional is a very small way to describe how I'm feeling," Saqib said.

"As a team, we have spent so much time together and felt the beats of how a sporting team actually feels. We have experienced the high and lows of the story and our own journeys together and this kind of bonding is very hard to explain or even expect from any other film. Kabir sir has lead the way for us like a true blue captain and has ensured that every shot of every day comes from the heart and sticks," he added.

Having a connect with the story reflects well on the screen.

"As an artist, feeling this involved in a story allows you to tap into a side of you that you would've otherwise not explored because the emotion doesn't run as deep as it did in this one," the actor said.