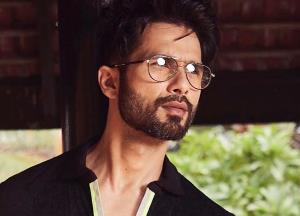 Actor Shahid Kapoor says working on KABIR SINGH has been extremely challenging for him — emotionally and physically.

The actor will be seen in three avatars in the film — a college-going boy, one with short hair, and another in an angry mood and a bearded look and ruffled hairdo.

"KABIR SINGH has been an extremely challenging film for me emotionally and physically. Since I had three distinct looks in the film, I had to transform myself to quite an extent," Shahid said in a statement.

"I had to smoke cigarettes and grow my beard. However, since my character demanded it, I did not think twice before doing what my director wanted me to do. I like doing roles that challenge me," he added.

Produced by Bhushan Kumar, Murad Khetani, Krishan Kumar and Ashwin Varde, it is set to release on June 21. The remake is written and directed by Sandeep Reddy Vanga. It is a T-Series and Cine1 Studios presentation.