Sonakshi Sinha lashes out at an airline company for damaging luggage 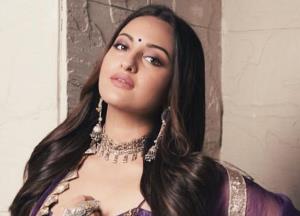 Actress Sonakshi Sinha has taken a jibe at a commercial airline company for mishandling her luggage and breaking it.

Sonakshi took to Twitter and shared a video accusing the airline for damaging her suitcase, which had two broken handles and a missing wheel.

"I went with a perfectly fine bag and I came back with a bag with two handles broken and a wheel completely off," she said in the video, describing her experience after she boarded an IndiGo flight.

The "Dabangg" actress then captioned the video: "Hi @IndiGo6E, Hulk is 6E, this was not so 6E. You broke the unbreakable."

The airlines was quick to apologise and said that they would take up the matter with the handling team.

On the acting front, Sonakshi is gearing up for the release of "Dabangg 3", where she will be seen reprising the role of Rajjo.

Superstar Salman Khan will be seen playing the iconic police officer Chulbul Panday in the film, which is directed by Prabhudheva.