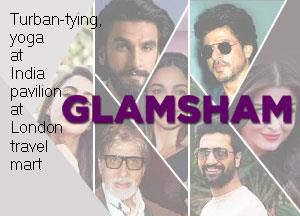 New Delhi, Nov 5 (IANS) The Ministry of Tourism is participating in the three-day World Travel Market (WTM) in London with its pavilion featuring a number of activities, like yoga demonstration, henna application, food tasting, turban tying and saree tying.

A total of 32 stakeholders, including state governments, Union Territory administrations, Air India, IRCTC, hotels, wellness resorts and tour operators are participating as co-exhibitors, according to a statement.

Besides, showcasing India’s various tourism products, this year, the 150th birth anniversary of Mahatma Gandhi and the Statue of Unity are also being promoted and publicized at the India Pavilion.

The Secretary of the Ministry of Tourism Yogendra Tripathi is leading the official delegation, which includes Additional Director General (Tourism) Rupinder Brar.

The India Pavilion was inaugurated on Monday by Secretary (Tourism) and Indian High Commissioner Ruchi Ghanashyam.

The WTM is one of the must-attend business-to-business exhibitions for the travel and tourism industry. In the last four decades, the WTM has grown into the world’s largest exhibition attracting over 5,000 exhibitors from 182 countries and more than 51,000 participants.