Amazon Prime series ‘Inside Edge 2’ gets a release date 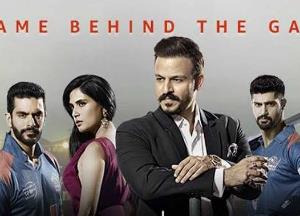 Actor-producer Farhan Akhtar on Wednesday unveiled the motion poster of Amazon Prime series "Inside Edge 2" and shared that it will air on December 6.

Farhan tweeted: "Time to witness the Game beyond the Game! New season bouncing back on 6 December 2019. #InsideEdge2 #NewSeason"

Also Read: Richa Chadha to appear in a comedy show

"Inside Edge", released in July 2017. The second season will be releasing after two years.

Written and directed by Karan Anshuman, the first season of Inside Edge revolved around the Mumbai Mavericks team – a part of PPL (Powerplay T20 League), which is a fictional Indian Premier League kind of T20 cricket tournament.