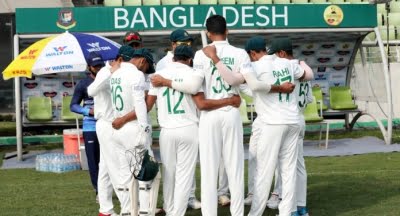 The uncapped pace trio of Shoriful Islam, Mukidul Islam Mugdho, and Shohidul Islam have received their maiden call-ups after an impressive domestic season.

Fast bowlers Mustafizur Rahman and Hasan Mahmud and batsman Soumya, who were a part of the two-match Test series against West Indies, have been excluded. Ace all-rounder Shakib Al Hasan is also not part of the squad as he has opted to play in the Indian Premier League.

Chief Selector Minhajul Abedin has said that Bangladesh will announce the final squad for the series after an inter-squad warm-up game.

The series begins on April 21, with the Bangladesh squad arriving in Sri Lanka on April 12. The inter-squad warm-up match will be played between April 17-18 to finalise the squad.