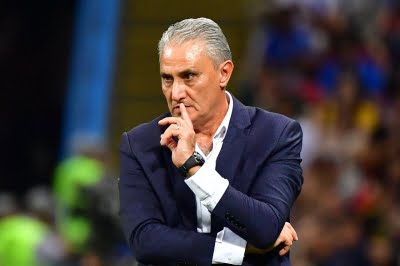 Lusail, Dec 3 (IANS) Brazil head coach Tite said he took the blame for Brazil’s surprise 1-0 defeat to Cameroon in their final match of the 2022 World Cup group stage on Friday.

Tite made nine changes to the team that beat Switzerland on Monday but denied he lacked respect against the African side.

“We were very wary about the threat posed by Cameroon,” Tite said. “They won the match on merit. They played very well vertically.

“We weren’t effective and the game became more dangerous as it progressed. Who lost? All of us (in the Brazil camp). I am responsible for everything that happens.”

Brazil had 65 per cent of possession and 21 shots on goal at Lusail stadium compared to Cameroon’s seven attempts, reports Xinhua.

But the five-time world champions were unable to capitalize on their chances and paid the price for their profligacy when Vincent Aboubakar headed in the winner in the 92nd minute.

Tite vowed his team would show utmost respect for South Korea, their next opponents in the round of 16.

“Every match is difficult. We can’t take any opponent lightly,” he said. “The World Cup doesn’t give you second chances. We will feel disappointed for 24 hours after this result and then we’ll start preparing for the next match.”