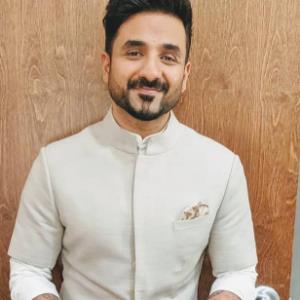 Vir Das the multi talented actor-writer-musician and stand up comedian better known for his comic acts has made India proud and put on the Global map multiple times in his recent past. Apart from being a stand up artist, Vir Das is also known for his acting capabilities in films like DELHI BELLY, GO GOA GONE, SHAADI KE SIDE EFFECTS, BADMASH COMPANY amongst many others. Today 31st May is Vir Das’ birthday, on this special day we bring to you a few did-you-know facts about his accomplishments that made us Indians proud and has truly made Vir Das an international artist.

Also Read: See what is challenging for Vir Das

An achievement very few Indian artists have been honoured with from a major educational institution internationally. Vir Das was awarded with an honorary doctorate at Knox College, Illinois at his Alma Mater last year.

Vir Das made history by becoming the first Indian ever to be signed by Netflix for a ‘Comedy Special’ with ‘Abroad Understanding’. This ‘Comedy Special’ was filmed in New York and New Delhi and was streamed on the Netflix across the globe in over 100 countries. ‘Abroad Understanding’ became one of the most talked about and successful shows on Netflix. His last special too, ‘Losing It’ was well received globally.

A tour titled ‘The Boarding Das’ was the biggest world tour ever by an Indian comedian. Vir Das made history by becoming the first ever comedian to go on a World Tour, spanning across 32 countries and 6 continents in 2017, wow!

One of the world's biggest talent firms – CAA in Los Angeles, signed up Vir Das in early 2016 to become the first Indian comedian and second only to Priyanka Chopra to be signed by CAA and soon after he became the first Indian comedian to be signed by Levity for his comedy work, the name that works with names like Kevin Hart, Amy Schumer and several others in the comedy space.

Variety Magazine put Vir Das in their coveted list and pronounced him as one of the top 10 comedians to watch out for in the year 2017. Variety Magazine derives a list every year of the most sought after comedians across the world.

Glamsham.com team wishes Vir Das on his birthday… Many Many Happy Returns of the Day