Boman Irani to share success story on a chat show 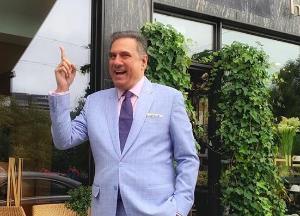 Actor Boman Irani, who has carved his niche in Bollywood over the years with unforgettable roles in numerous films including the "Munna Bhai" series, "Main Hoon Na", "No Entry" and "3 Idiots", will open up about his success story in a chat show.

He had recently shot for the project with Dr. Vivek Bindra, a motivational speaker and the Founder and CEO of Bada Business, in Delhi.

"An honour and a privilege to have collaborated with Dr. Vivek Bindra for his show. His raw energy fuels everything around," said Boman.

According to sources, Bindra is doing another entertainment talk show which will entail the solutions of a problem an artiste faces.

Bindra said: "I am thankful to Boman Irani for his kind words and am looking forward to many more associations with him and other achievers."

Boman will next be seen in the film "Made In China", which is a hilarious take on a struggling Gujarati businessman and the bizarre journey he undertakes to become a successful entrepreneur.