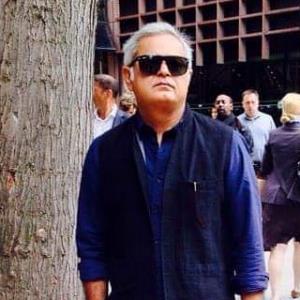 Filmmaker Hansal Mehta, who has been receiving queries about a non-existent project of his with actor Rajkummar Rao, has warned people against falling in the trap of fraudsters by saying no such project existed and no funds were being sought.

"There are some unscrupulous persons floating around with a non-existent project with me and @RajkummarRao. They seem to be seeking finance for a project that neither of us knows anything about. There is no such project. And there is no such finance that is being sought. Beware," Mehta tweeted on Saturday.

"There are at least 20 people who have messaged me or called asking about this non-existent film(s). Kindly DM (send a direct message) or get in touch with my managers if you need any clarification. Just don't get misled by fraudsters," he further wrote on the micro-blogging site.

Mehta and Rajkummar have worked together on films like "CityLights", "Shahid" and "Omerta". The two have teamed up again for "Turram Khan".