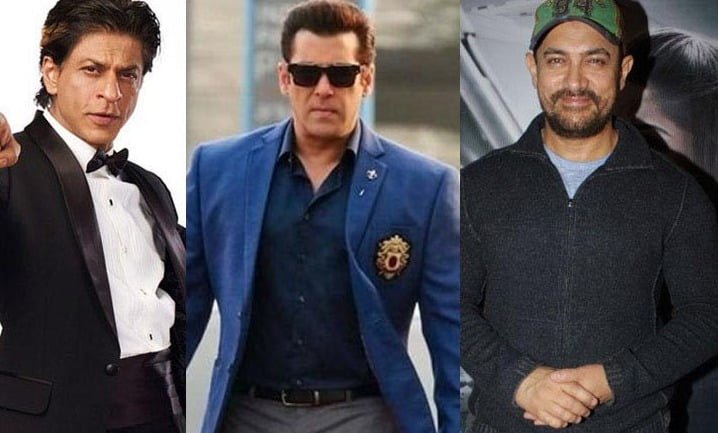 Content is king, not the Khans — the year 2018 proved this with the success of fresh and high concept films like STREE, BADHAAI HO and ANDHADHUN, embraced by the audience over the Khans-led RACE 3, THUGS OF HINDOSTAN and ZERO, which had set high expectations but fell flat at the box office.

SANJU, PADMAAVAT, 2.0 (Hindi version), BAAGHI, RAAZI, GOLD, RAID and SONU KE TITU KI SWEETY are some of the other titles that did good business, and high hopes are pinned on the just-released SIMMBA, which is likely to draw the mass audience.

"The landscape is changing," Vijay Singh, CEO, Fox Star Studios, told IANS of how the star-led industry is transforming.

"Content is evolving at a huge rate. Filmmakers are investing more and more time in developing scripts. This year truly belonged to great concepts and scripts and audiences have showered their love wholeheartedly. It is all about a narrating a powerful story in an engaging way. Star power remains important but can only help open a film – finally, it's all about a great script and a brilliant film," Singh said.

That explains the reception to a BADHAAI HO — about a 50-plus pregnant woman's emotional struggle, to ANDHADHUN — a quirky thriller, to STREE — a horror comedy, or a RAAZI — about a woman spy. Overall, it has been a good year for the industry after a couple of disappointing years.

Film and trade business expert Girish Johar pointed out that 2018 has witnessed the maximum entertainers — around 15 — to surpass the Rs. 100 crore benchmark, which has given a fillip to the year-round business by 10 percent as compared to last year. He estimates a business of around Rs. 3500 crores this year.

"The Khan starrers drew a fantastic response on Day 1, but Day 3 onwards, they fell flat. People are outrightly rejecting mediocre, half-baked movies, and we have to make something extraordinary to draw them into theatres," GIRISH Johar told IANS.

There were also movies like MUKKABAAZ, OCTOBER, HICHKI and PADMAN that were appreciated.

According to Shibashish Sarkar, Chief Operating Officer, Reliance Entertainment, it is important to cater stories to the right audience.

"There is an audience for every kind of film, so long as your story is correct. Where will one classify a Padmaavat, or Sanju or Raazi — are they star-driven films or content-driven films? When you have correct content, and you have a star, the film implodes and explodes," Sarkar told IANS.

Singh said the year established that the viewers like content which has relatability, likeability and virality. But high ticket prices, in Johar's view, are turning out to be deterrents for the audience to visit theatres.

A movie viewing experience for a family of four at a multiplex can cost anything between Rs 3,000 to Rs 5,000 including food and beverages.

Also, With stiff competition from regional films, Hollywood and especially the vast variety of digital content, Bollywood needs to step up its game with scripts being the focal point, and by allotting the right budget.

"It's a norm nowadays to say 'movies don't fail, budgets do'," Singh said, adding that film and OTT will co-exist and will result in a larger pool of writers, directors, actors and technical talent.

However, Sarkar said OTT platforms, which are bringing international content closer to Indians, will continue to consume more and more audience time.

"I will not be surprised if in a medium to long-term, films are made straight for digital. Who would have thought Mowgli launching on Netflix a few years back?"

Twitter
Flip
Koo
Previous article
JALEBI rocks on the OTT platform
Next article
Sonu Nigam: I don’t plan to open any music company
This May Also Interest You
Lyrics