Shweta Tripathi to don minimal make-up-look for her next 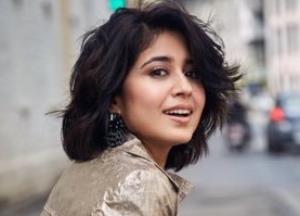 Actress Shweta Tripathi has already impressed many with her new look from the much-awaited web series "Mirzapur 2". She has now opened up about what all went into her "zero make-up look".

Shweta, who reprises her role as Golu, is seen sporting short hair and pointing a gun at someone in the latest photo from the series.

"I had a zero make-up look for the show. I would walk into shoot with some sunscreen and that's it," Shweta said.

"'Mirzapur' was a long commitment of a few months. So initially we discussed going for a short hair look but then I thought of the hair-do and how it doesn't fit into my other work. I had to be in that look for many months on stretch. I rejected the idea of putting on a wig because shooting in Benaras in the sun would be anything but fun. So we were contemplating this for a long time when it was Guru (the director) who said let's do it," she shared.

She is one of those actors who trusts her director and his or her vision.

"Though the hair, make-up and styling team is the same from last season, my character's look takes a departure from how we saw her earlier. It's an uneven cut which fits into that world alone. So during that time, for my events I wouldn't have the best hair days but then 'Mirzapur' Ke liye Kuch bhi (anything for 'Mirzapur')," she said.

It's the kind of character for which she can go to any length.

"That's how invested we are in it as a team. In 'Gone Kesh', I was so excited going bald. If a character looks different, it will feel different. The look of the character is important because it helps me get a better sense of the person I am playing," said Shweta.

"I don't play the part as Shweta but as that character. Also, I consciously am picking looks that are different from all other characters I have played in the past," she added.