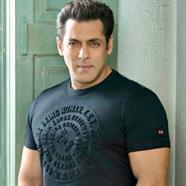 Just a day before the trailer launch, Salman Khan shared an intriguing poster of NOTEBOOK and gives a huge shoutout to the trailer that will be released out tomorrow. The happy-go-lucky poster features newcomers Zaheer Iqbal and Pranutan with a couple of kids around them, where all smile together.

Earlier, Salman Khan had revealed the first look from the film introducing Zaheer Iqbal and Pranutan. Later the makers shared one more poster of the lead pair who will be seen playing the role of Kabir and Firdaus.

Salman Khan took to his social media and shared the new poster of NOTEBOOK and captioned it, "This #Notebook is incomplete without these beautiful kids. Get ready to meet them, trailer out tomorrow. @PranutanBahl @iamzahero @nitinrkakkar @SKFilmsOfficial @Cine1Studios @muradkhetani @ashwinvarde @TSeries".

The poster and Salman Khan's tweet signifies that the kids are an integral part of the film as the actor gives a shout to all the kids featured on the poster along with the lead pair.

The film is directed by National Award winner Nitin Kakkar, which will mark the acting debut of Zaheer Iqbal and Pranutan. As the new poster dropped by Salman Khan on the social media it has raised the excitement among the audience and the trailer of the film is all set to release on 22nd February.

NOTEBOOK is a 2019 Bollywood romance-drama. The film has been shot extensively in the backdrops of Kashmir. Zaheer Iqbal who hails from a non-filmy background happens to be the first member from his family to set his foot in Bollywood.

Debutant actress Pranutan was a lawyer by profession but she was always aspired to be an actor and hence she chose the acting profession. Helmed by National Award winning director Nitin Kakkar produced by Salma Khan, Murad Khetani and Ashwin Varde. NOTEBOOK is all set to release in the theatre on 29th March 2019.