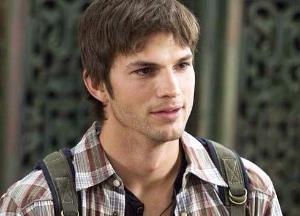 Hollywood star Ashton Kutcher is recovering after breaking his toe in an early morning accident at home.

Kutcher said his attempts to be a great father left him nursing an injury during an appearance on the TV show "Live with Kelly and Ryan" on Tuesday, September 10, reports aceshowbiz.com.

"I was in bed and our daughter comes into the room to, like, jump in bed with us… and sometimes I just, like, scoop her up and put her in bed, sometimes I take her back," he said.

"I go to take a step and I just go down. My toe is, like, pointing the other direction now. And I'm on the ground and I'm like, 'Babe, I think you need to take Wyatt to bed'. And so she comes around and takes her to bed."

"No Strings Attached" actor didn't want to go to urgent care at 3 am, so he attempted to fix his broken toe himself.

"I, like, do a Mel Gibson, 'Lethal Weapon' thing and just kinda put it back on," he said, adding his wife Mila Kunis was very impressed with his pain threshold.

"Mila's like, 'That's the sexiest thing I've ever seen you do'. I was like, 'I will break my toe every night for you, babe.'"

He then added a word of warning: "Be careful when your kids come into the room at night. It can be more dangerous than you think!"