Emily Blunt: No one is going to outdo Julie Andrews 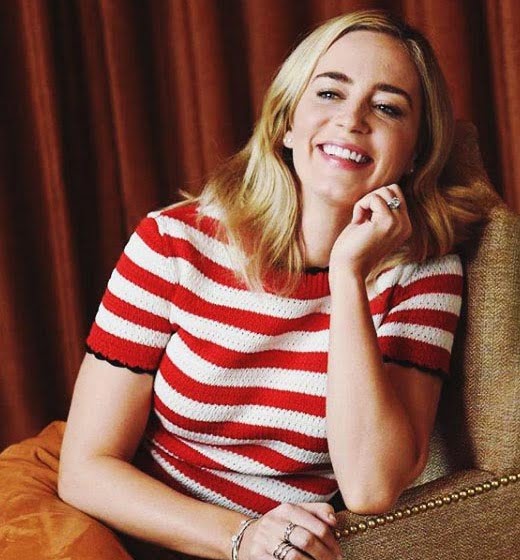 Actress Emily Blunt says she decided not to emulate actress Julie Andrews' iconic portrayal of the titular role when filming MARY POPPINS RETURNS. In an interview to The Sydney Morning Herald, the actress said she steered more towards the book for inspiration than the famous film, reports dailymail.co.uk. "No one is ever going to out-Julie Julie Andrews. And I think this is just
going to be my version of her," she said.

Blunt said that while it was an intimidating role to step into, she was trying to treat it as business as usual.

"I am trying to approach her as I would any other character, not get caught up in the white noise of 'Oh my God you're Mary Poppins!'"

However, the star confessed that the first challenge she thought of when she landed the role, had nothing to do with the 1964 original but with working alongside children.

"Someone says 'Do you want to do Mary Poppins?' and you go 'yeah!' – and then you realise all your scenes are with children. But basically our kids are particularly brilliant. They've become my littlest friends really."

MARY POPPINS RETURNS serves as a sequel to the 1964 classic, with Ben Whishaw and Emily Mortimer playing Michael and Jan Banks as adults. After the Banks family suffers a loss, their childhood nanny Mary Poppins magically comes back into their lives.

The movie, set in Depression-Era London, also stars Lin-Maneul Miranda as a lamplighter named Jack, with Meryl Streep as Topsy and Colin Firth as Wilkins.

Disney's MARY POPPINS RETURNS will release in India on January 4 next year.