New ‘Game of Thrones’ prequel to focus on House Targaryen 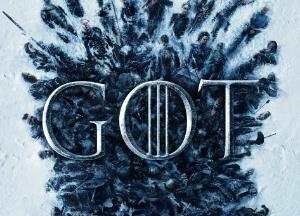 Yet another story from the "Game Of Thrones" universe is all set to come alive, with HBO giving the green signal to a prequel that will focus on House Targaryen.

The cable network will soon be closing the deal on a pilot order for a prequel set 300 years before the events of the flagship series, which tracks the beginnings and the end of House Targaryen, reports "hollywoodreporter.com".

It is also reported that Ryan Condal, along with "Game Of Thrones" author George RR Martin, will pen the script for the prequel, which is based on Martin's book "Fire & Blood".

The book narrates stories of previous Targaryen kings, like Aegon — the first ruler of Westeros — and Aegon the Dragonbane — the ancestors of Daenerys Targaryen (essayed by Emilia Clarke) and Jon Snow (Kit Harington) in the hit series.

The Targaryen prequel is not one of the previously reported prequels that had been in the works at HBO since 2017. HBO first announced four prequel series in the works and added a fifth later on.

The other prequel, which is moving forward, is set thousands of years before the original series. It stars Naomi Watts in the lead role.