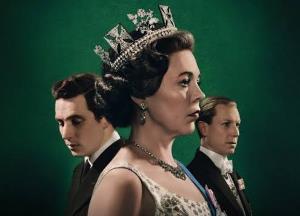 Season three of “The Crown” could well be the trickiest of all that we have seen so far, many had apprehended. This is where the story takes a leap, necessitating a radical overhaul in the cast.

The characters of the first two seasons have aged and, unlike what we are used to seeing on ‘desi’ soaps, the same set of young actors haven’t returned in bad wigs and worse prosthetics. With the protagonists moving onto a new time frame, a new set of (older) actors has taken over the roles.

The big point of interest for ‘Crownheads’, in this context, is Olivia Colman stepping in to portray a middle-aged Queen Elizabeth II. She takes over the royal duties from Claire Foy, who portrayed the younger Queen over the first two seasons. And, never mind the fact that the Queen’s eyes have suddenly changed colour (Foy has blue eyes, Colman’s are brown), you realise Colman’s Oscar-winning talent is probably just the boost the show needed to move to its next level.

For, this is where the show and its characters really start coming of age, beyond expected extravaganza. If the first two seasons gave us only a hint of the frailties beneath all their might, season three is the time for the royals – particularly the Queen – to grasp where they stand in Britain’s rapidly changing era of socio-politics.

Season two had ended on a rather personal note, with Elizabeth and Philip tackling marital woes even as their fourth child Prince Edward was born. The current season spans 1964 to 1977, from the time Harold Wilson is elected Britain’s Prime Minister to the Queen’s Silver Jubilee.

Engaging slices of history blend seamlessly with fictional drama. The death of Winston Churchill signals the end of a political era in the UK. The tumult of the times is defined in varied ways by eminent art historian Sir Anthony Blunt being nabbed as a Soviet spy, and the Aberfan colliery disaster. The decolonisation of Africa and the Caribbean was another important happening that changed the course of modern British political history.

These incidents, as much as the Investiture of Prince Charles in 1969 and Princess Margaret (Helena Bonham Carter)’s eight-year affair that led to divorce, become ready material for drama.

It’s all about a set of lives that are magnificently mounted, and the show also serves to remind that all that looks magnificent can be miserable, too.

The 10 episodes of season three benefit from the rich writing of Peter Morgan, along with his collaborators David Hancock and James Graham. A battery of four directors seamlessly divide the duty of calling the shots (Benjamin Caron directs the first four episodes while Christian Schwochow, Jessica Hobbs and Sam Donovan wield the megaphone for the rest).

The creative team’s vision is ably brought alive by the actors. If Olivia Colman regally carries the show on her shoulders, Helena Bonham Carter dazzles as Margaret, a layered creation oscillating between blue-blooded authority and contempt borne from the insecurity of being the Queen’s younger sibling.

There will be more such interesting characters in season four, we are told. Coming up is the entry of Diana Spencer into this already heady world. It only gets more alluring from here. [By Vinayak Chakravorty]

- Advertisement -
- Advertisement -
Season three of "The Crown" could well be the trickiest of all that we have seen so far, many had apprehended. This is where the story takes a leap, necessitating a radical overhaul in the cast.The characters of the first two seasons have aged...The Crown Season 3 Web review: Critics Review, Rating, Cast & Crew