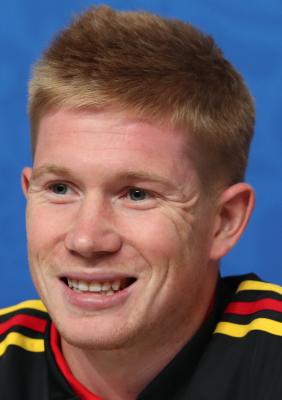 De Bruyne, 29, has spent five-and-a-half years at City and his previous contract with the club would expire in 2023.

The playmaker has won two Premier League titles, one FA Cup and four League Cups together with City and has gained great trust from manager Pep Guardiola.

“I could not be happier,” the Belgian told the club’s website on Wednesday, Xinhua news reports. “Since joining City in 2015, I have felt at home. I love the fans, my family are settled here in Manchester and my own game has developed really well.”

“This football club is geared for success. It offers me everything I need to maximize my performance, so signing this contract was a straightforward decision. I am playing the best football of my career and I honestly feel there is more to come,” said De Bruyne.

City lead the Premier League comfortably with seven games remaining and has won the first-leg quarterfinal in the UEFA Champions League 2-1 against Dortmund.

De Bruyne, interrupted by injuries, has made 33 appearances with eight goals and 16 assists this season.